I have been writing since the late sixties and though my writing has taken many forms—history, novels, essays, book reviews, pamphlets, leaflets, songs—all of it has been shaped by my determination not to oversimplify or hide behind irony, but to write about women and politics in a voice that reaches beyond intellect to feeling.

My most recent publication, Double Bind: The Muslim Right, the Anglo-American Left, and Universal Human Rights, calls for a politics based on human rights, a politics complex enough to oppose Western invasions and fight bigoted attacks on Muslims, and at the same time be unafraid to act in solidarity with movements in the Global South that fight the Islamist oppression of women, religious minorities, gays, and freethinkers. In it, I ​applied​ the method I developed ​for my first book, The Rising of the Women, combining storytelling, close reading of sources, and a search for patterns—​an approach I am also using in A Road Unforeseen, this time for current history.

When civil war broke out in Syria in 2011, and Assad viciously attacked his own people, I watched in horror, but I was not surprised that the Islamic State took off like wildfire, for I could see no force with sufficient political strength and enough military experience to stop them. This remained true until the summer of 2014, when Daesh swept down upon the Yazidis, a Kurdish minority in Sinjar, promising genocide and sex slavery. The vaunted Iraqi peshmerga had agreed to defend the Yazidis, but melted away when the time came. Out of nowhere came a miraculous rescue—Syrian and Turkish Kurds, including special women’s militias, who cut a passage through the Sinjar mountains to get the Yazidi out, fighting Daesh as they went.

They came from the Rojava cantons, a place I had never heard of. Racing to learn all I could about Rojava, I realized its people were putting core feminist, ecological, and cooperative ideas into practice, based on pluralism and separation between religion and the state, with a bottom-up democratic form of governance, with at least 40% of every organization being women, and co-leadership positions in everything, one male, one female—all in the middle of a fight to the death with Daesh and other Islamist militias, while under siege and unable to even get medical supplies because Turkey and Iraqi Kurdistan had closed their borders.

For twenty years or more, my colleagues and I had been saying that only unity between leftwing movements and feminists could provide enough strength to take on both a rising tide of fundamentalism and an increasingly oppressive form of globalized capitalism. Because poor women in the Global South are the real “wretched of the earth,” we said, any movement for transformation had to make their needs central. But no leftwing movement I ever saw took up the challenge until Rojava. As I came to understand what they were trying to do, I knew their experiment was vitally important to all of us, and that I must help them get their story out, so they could get the support they need to survive.

A Road Unforeseen is a feminist reading of the war against Daesh, whose rule by rape and genocide is so akin to an adult-film version of Mordor that I felt the title had to come from Tolkien’s The Fellowship of the Ring: “We must take a hard road, a road unforeseen. There lies our hope, if hope it be.” 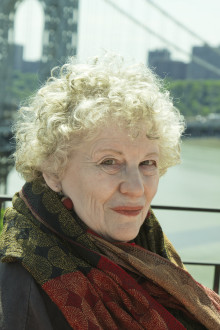 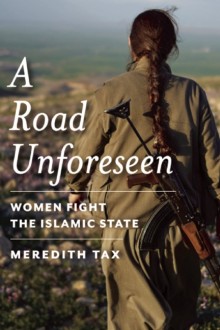