As a publisher, it is one thing to believe that our books can change the world, but it’s an extraordinary feeling when those responsible for focusing attention on global affairs discover a book that guides their thinking. With The Cage: The Fight for Sri Lanka and the Last Days of the Tamil Tigers, we have published such a book. As diplomat Charles Petrie, who investigated the United Nation’s role and responsibilities during the Sri Lankan conflict, said:

“When I was commissioned to do this report, the first thing I was handed was a copy of The Cage. Weiss’s scrupulously balanced account should serve as a guidepost for decision-makers and scholars of international affairs. A book can change the world.”

Read more from Gordon Weiss about why he wrote The Cage:

My objective in writing The Cage was to challenge the myth that few civilians had been killed during the crushing of the Tamil Tigers by Sri Lankan government forces in 2009. I wanted to argue that given the nature of the long civil war, it was in some sense predictable that the conclusion of the war would be extremely vicious.

I had also been thinking about, or dealing with, many of the matters I discuss in this book in my daily work with the United Nations: human rights, international law, war, insurgency groups, nationalism, idealism, historical events, global currents, and the media, so The Cage was also an opportunity to distill some of those ideas, and bring them to bear on the topic at hand.

Since the war itself was reasonably obscure, apart from occasional horrific images flashing across TV screens over three decades, I knew that the book had to be a fluid read, and could not afford to bore. I wanted to include a close reconstruction of the final battles of 2009, including the siege of more than 300,000 civilians, which is really the fulcrum on which the whole book balances.

But I needed to include a contextual history of the rise of Buddhist nationalism from the 19th century, and a wider history of ancient Sri Lanka, as well as 20th century Sri Lanka—its move to independence from Britain, as well as its troubled post-independence. There was an excruciating amount of detail to be boiled down into chapters that not only moved fairly swiftly along, but also which dealt evenly with the subject at hand.

Because the book tries to do a number of very different things, and to do them at varying speeds and depths—to analyze, to bring to life, to narrate, and to inform—I tried to bridge any gaps with what I hope is some solid, good writing. And in the final chapter, I tried to answer a very critical question—so what?

My hope is that it has supported a clearer view among international decision-makers about what happened in the final days of the war and among all its readers, that to really understand conflict, one needs to know the country and its people to be able to put that conflict in proper context. There is no single set of facts, but instead a series of conflicting complexes of facts, often contradictory, but heading in a single trajectory. 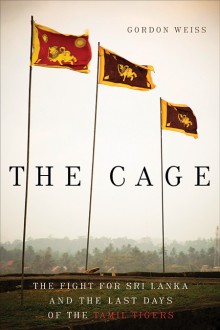 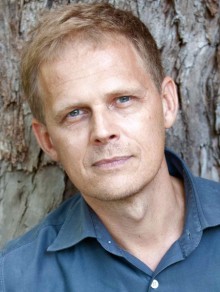