Bellevue Literary Press is devoted to publishing literary fiction and nonfiction at the intersection of the arts and sciences because we believe that science and the humanities are natural companions for understanding the human experience. We feature exceptional literature that explores the nature of consciousness, embodiment, and the underpinnings of the social contract. With each book we publish, our goal is to foster a rich, interdisciplinary dialogue that will forge new tools for thinking and engaging with the world.

Martin J. Blaser, MD, is the Muriel and George Singer Professor of Medicine, Professor of Microbiology, and Director of the Human Microbiome Program at the NYU School of Medicine. He served as Chair of the Department of Medicine at NYU from 2000-2012. A physician and microbiologist, Dr. Blaser is interested in understanding the relationships we have with our persistently colonizing bacteria. His work over the past 30 years focused on human pathogens, including Campylobacter species and Helicobacter pylori, which also are model systems for understanding interactions of residential bacteria with their human hosts. Over the last decade, he has been actively studying the relationship of the human microbiome with health and with such important diseases as asthma, obesity, diabetes, and allergies.

Over the course of his career, Dr. Blaser has served as the advisor for a large number of students, post-doctoral fellows, and junior faculty, and he has been actively involved in national scientific and professional organizations. He served as President of the Infectious Diseases Society of America, Chair of the Board of Scientific Counselors of the National Cancer Institute, Chair of the Advisory Board for Clinical Research of the National Institutes of Health, and serves on the Scientific Advisory Board of the Doris Duke Charitable Foundation. He was elected to the Institute of Medicine and the American Academy for Arts and Sciences. He holds 25 US patents relating to his research and has authored over 530 original articles. Most recently, he wrote Missing Microbes, a book targeted to general audiences. 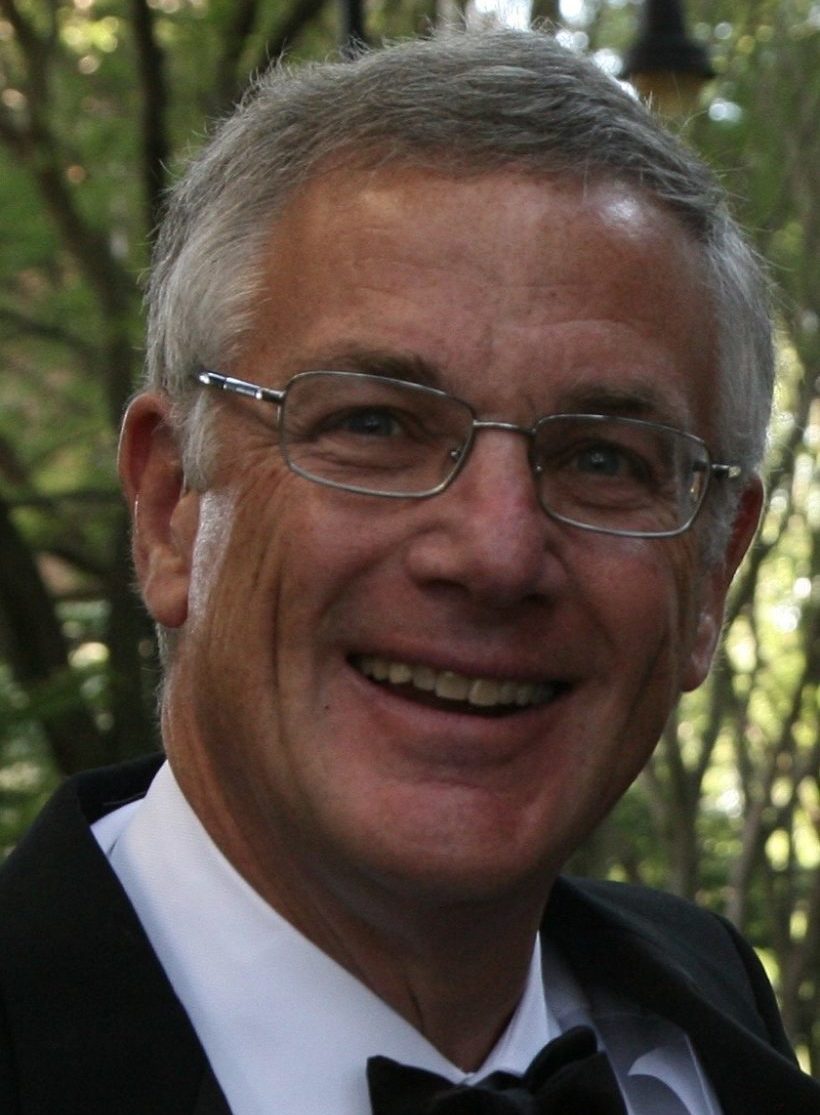 Lawrence H. Budish retired as a partner at Proskauer Rose LLP, a major international law firm headquartered in New York City. Larry specialized in private equity and mergers and acquisitions, with a concentration in transactions in the media and business information industries. In addition to his legal experience, Larry has extensive experience with financial matters and fundraising for not-for-profit entities as a board member, past president, and longtime fundraising chairman for his synagogue.

Gloria Jacobs is a consultant on arts, literature, and the women’s movement. From 2006 to 2013, she was Executive Director of the Feminist Press at CUNY, and from 1996 to 2002 she was the Executive Editor of Ms. magazine. Her articles have appeared in The New York Times, The Daily News, The Guardian (UK), Working Mother, New York Woman, and Mother Jones, among others. She has also served as a consultant to the United Nations Women’s Development Fund where she produced the groundbreaking report, Women, War, Peace, which sought to tell the story of the impact of war on women through personal narrative. She is a board member of Girls Write Now, the writing and mentoring program for teen girls, as well as on Bellevue’s advisory board and is a past board member and chair of Women’s eNews. 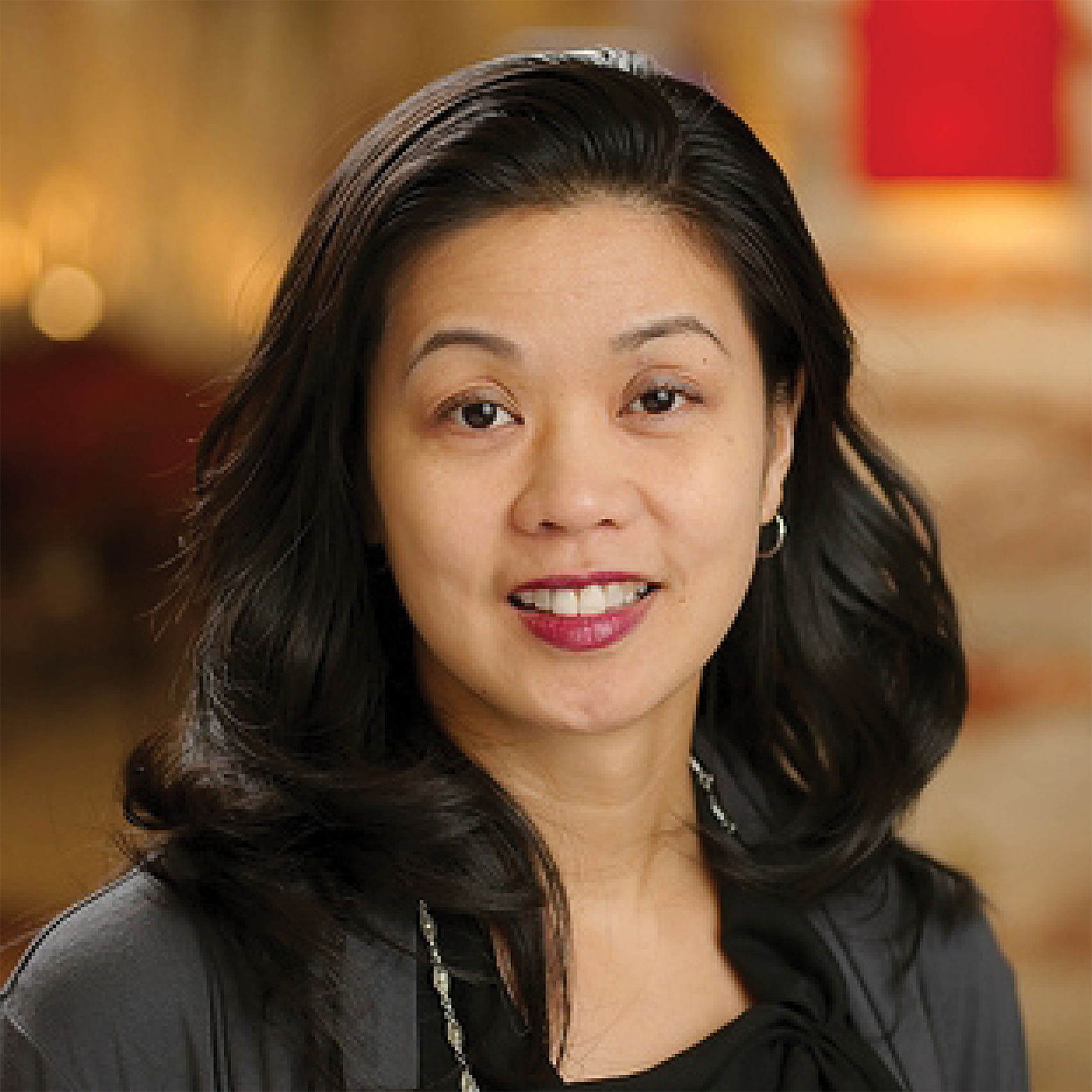 Andrea Louie was executive director of the Asian American Arts Alliance, leading arts advocacy and cultural equity for New York City’s diverse, pan-Asian, multidisciplinary cultural community. She currently works at the Nassau County Department of Health. She is the author of the novel Moon Cakes (Ballantine Books) and coeditor of the anthology Topography of War: Asian American Essays (Asian American Writers’ Workshop). Andrea is a recipient of a New York Foundation for the Arts fellowship, a Hannah S. and Samuel A. Cohn Memorial Foundation Fellowship, and a Ludwig Volgelstein Foundation grant, and she was short-listed for the Rona Jaffe Foundation Writers’ Award. She has served as a review panelist for the National Endowment for the Arts, the New York State Council on the Arts, the New York City Department of Cultural Affairs, the Joyce Foundation, EmcArts, and the Brooklyn Arts Council. She was a writer-in-residence for the National Book Foundation and has been awarded artist residencies at Yaddo, MacDowell Colony, Djerassi, Hedgebrook, and the Fundacíon Valparáiso in Spain. She has been appointed by Governor Cuomo to the NYS Commission on National and Community Service and serves on the board of the national DataArts and is a board member of New Yorkers for Culture & Arts. She also serves on the diversity and inclusion advisory board for WNYC and is a member of the Asian American Writers’ Workshop as well as the Asian American Journalists Association. She was 2016 honoree of Leadership for Asian Pacifics in Los Angeles, and was a 2017 arts and community advocate honoree of the Pan Asian Repertory Theatre. 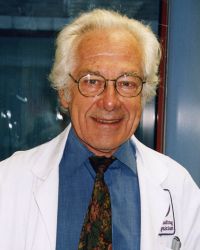 Jerome Lowenstein, MD, President and Founding Publisher, is the Nonfiction Editor for Bellevue Literary Review. He has been Professor of Medicine at New York University School of Medicine since 1977 and a practicing physician for over four decades. In 1979 he initiated the Program for Humanistic Aspects of Medical Education at New York University School of Medicine, which has become the model for many other similar programs at medical schools across the country. He is the author of Zichronot/Memories; Henderson’s Equation; The Midnight Meal and Other Essays about Doctors, Patients, and Medicine; They Call It a Halo; and Acid and Basics: A Guide to Understanding Acid-Base Physiology. 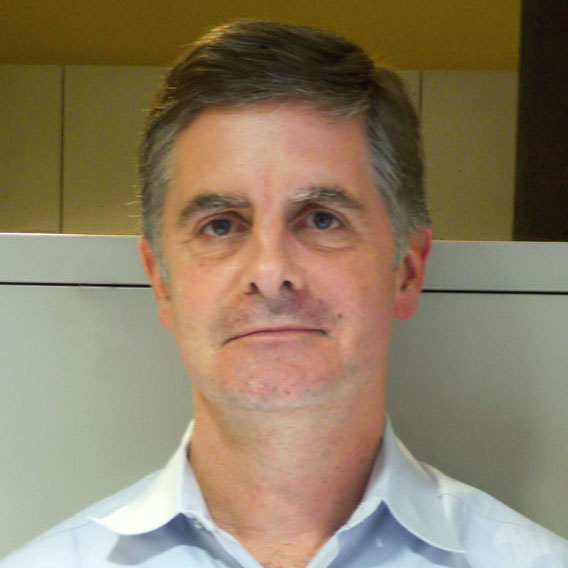 Bruce Nichols is a Senior Vice President and Publisher at Little, Brown. He was previously a Senior Vice President and Publisher at Houghton Mifflin Harcourt, where he oversaw the general-interest publishing program. He has over thirty years of experience in trade publishing, having worked at Simon & Schuster, HarperCollins, and HMH before joining Little, Brown. He has edited a number of bestselling and prize-winning authors, including Cynthia Ozick, Francis Collins, James Risen, and fellow board member David Oshinsky, among many others. 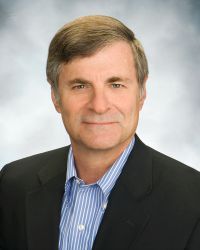 David Oshinsky, PhD, is the director of the Division of Medical Humanities at NYU School of Medicine and a professor in the NYU Department of History. Previously, Dr. Oshinsky was at the University of Texas at Austin, where he received the university’s Raymond Dickson Centennial Teaching Award. He graduated from Cornell University and obtained his PhD from Brandeis University.

An accomplished writer and American historian, he is the author of several books, which include A Conspiracy So Immense: The World of Joe McCarthy, which won the Hardeman Prize for the best book about the U.S. Congress, and Worse Than Slavery, which won the Robert F. Kennedy Prize for distinguished contribution to human rights. His latest book, Polio: An American Story, won both the Pulitzer Prize in History and the Hoover Presidential Book Award. In 2009, PBS aired a documentary based upon this work, “The Polio Crusade,” and he received the Dean’s Medal from the Bloomberg-Johns Hopkins School of Public Health for his distinguished contributions to the field. His articles and reviews appear regularly in the New York Times and other national publications. 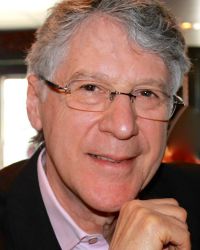 Daniel Ray, as Vice President of Management Science Associates (a multinational market research company), worked for nearly three decades with major corporations including American Express, HBO and Kraft General Foods. His focus was on advertising, pricing, and new product development where he created analytical methodologies to solve challenging marketing issues. As a respected member of his field, he was an invited speaker at national industry conferences and seminars on issues relating to the analysis of market research data.

After passing the Baccalaureat in France, Daniel moved to England. (His first job was at Foyles, then the largest bookstore in the world.) Once he became fluent in English he was accepted with full scholarship at the University of Wales where he received Bachelor and Master of Science degrees in Electrical Engineering.

Ironically, before moving to the United States, this French son of Jewish refugees was awarded the Coventry Cathedral Fellowship, spending a year in Berlin as an exchange engineer in the name of reconciliation between England and Germany.

In 2004, Daniel co-founded The Raytones—a jazz, blues, early rock ’n’ roll band—where he is the pianist. 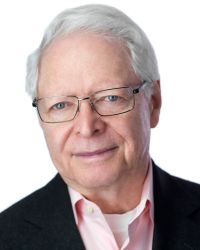 Jan T. Vilcek, MD, PhD, Professor Emeritus in the Department of Microbiology at NYU Langone Medical Center, earned his degrees in Bratislava, Slovakia (then Czechoslovakia). He is among the earliest researchers of interferon, and of another regulatory protein called tumor necrosis factor (TNF). Dr. Vilcek’s work was instrumental in the development of the anti-inflammatory drug infliximab (Remicade®), the first member of a new class of therapeutics widely used for the treatment of Crohn’s disease, ulcerative colitis, rheumatoid arthritis, psoriasis, and other chronic inflammatory disorders. Dr. Vilcek has published more than 350 papers in scholarly journals, and he is co-inventor of 38 US patents. In 2000 Dr. Vilcek and his wife established The Vilcek Foundation, whose main mission is to honor outstanding contributions of immigrants to the sciences and arts in the United States. He received NYU’s Albert Gallatin Medal, is an honorary alumnus of NYU School of Medicine, and Fellow of the American Association for the Advancement of Science. He received the J. E. Purkynie Honorary Medal from the Czech Academy of Sciences, and the Outstanding American by Choice Award from the U.S. Citizenship and Immigration Services. He is an honorary member of the Learned Society of the Czech Republic, recipient of the Gold Medal of Charles University in Prague, and recipient of honorary degrees from the Comenius University in Bratislava, the CUNY Graduate Center, and NYU. In 2013, he received the National Medal of Technology and Innovation from President Barack Obama. His memoir Love and Science was published by Seven Stories Press (2016). 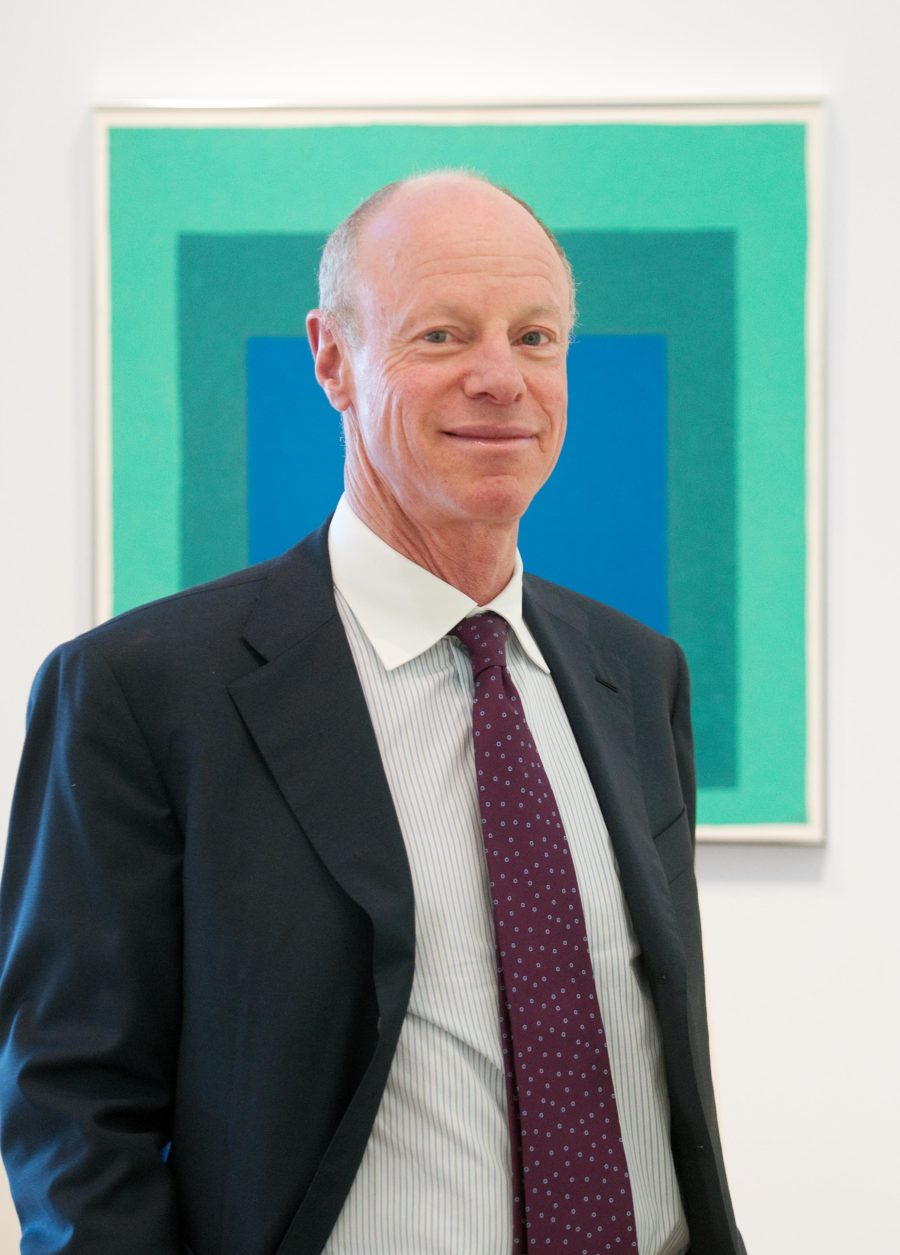 Nicholas Fox Weber is the director of the Josef and Anni Albers Foundation and the founder and president of Le Korsa, a nonprofit organization devoted to medical care, education, and the arts in isolated villages in rural Senegal. He is the author of fourteen books, including biographies of Balthus and Le Corbusier, and numerous exhibition catalogs. His writing has also appeared in the New Yorker, New York Times, Los Angeles Times, Wall Street Journal, Le Monde, ARTnews, Town & Country, and Vogue, among other publications. 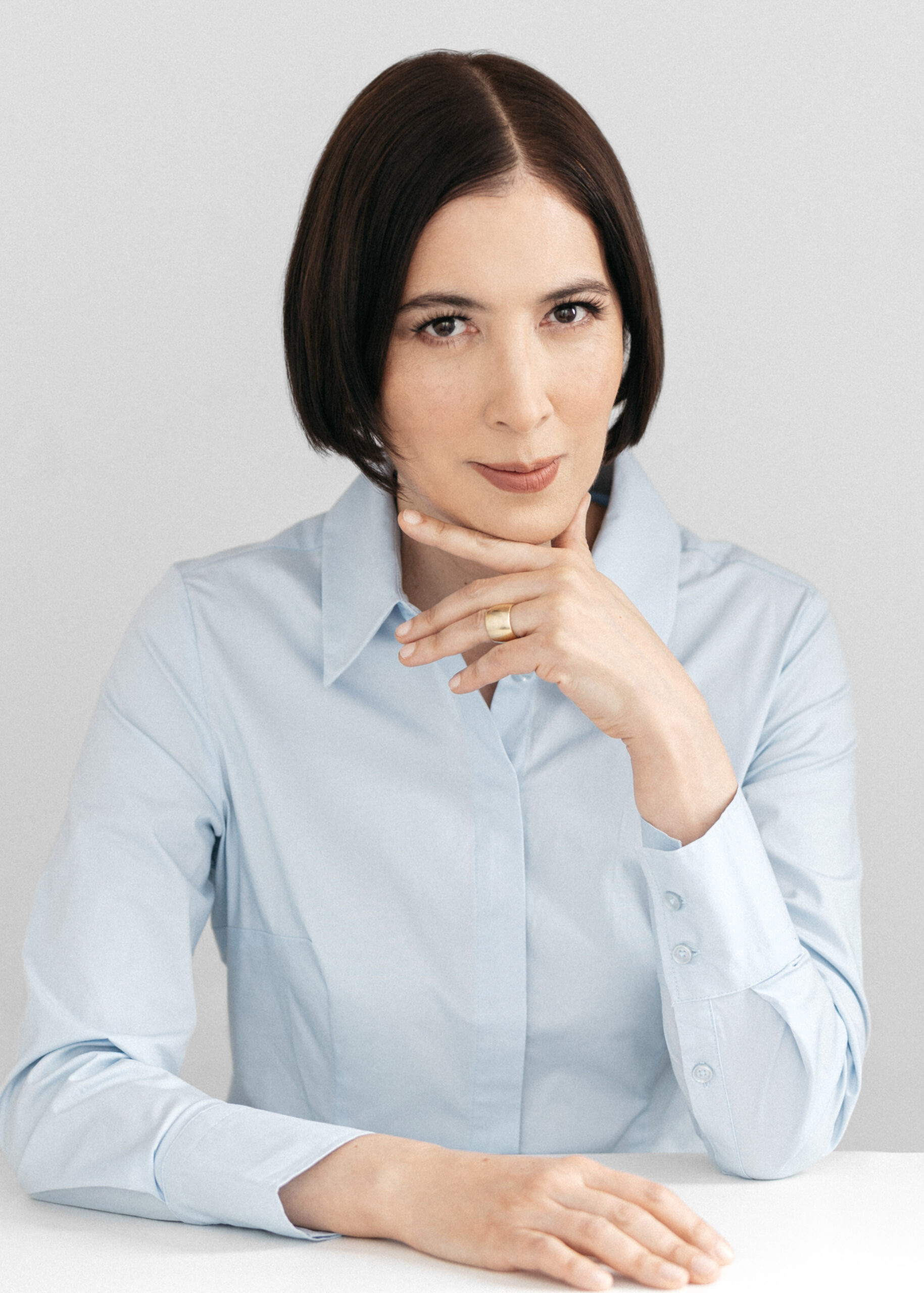 Mieko Willoughby is President and CEO of Headlands Asset Management LLC, a private equity investment firm located in San Rafael, California, with executive headquarters in Manhattan. Prior to co-founding Headlands, Ms. Willoughby was Senior Managing Director at Bear, Stearns & Co., Fixed Income Sales & Trading, 1992-2008. Ms. Willoughby is one of the original members of the Bellevue Literary Press Advisory Board. 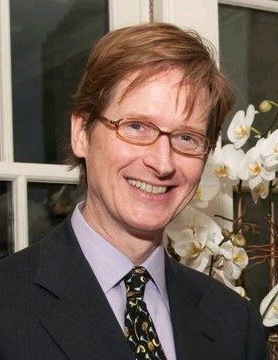 Thomas Campbell Jackson is a private investor and is active in film, theater, and publishing.  He is a venture partner at Easton Capital Investment Group and has over two decades of experience in health affairs, including serving as director of the City of New York’s Health Benefits Program for over a million municipal employees, retirees, and dependents. He has advised municipalities, companies, and nonprofits on many aspects of health and insurance policy, and sits on the boards of several tech startups.
Mr. Jackson currently serves on the Board of Overseers of Columbia University’s Mailman School of Public Health and the board of the Columbia Alumni Association; chairs the board of Imagine Science Films; and sits on the Advisory Board to Nautilus magazine. He has previously served on the boards of the New York Academy of Sciences, the Metanexus Institute, the Galen Institute, Music for Life International, and other arts and sciences organizations.

“[A] popular refuge for well-regarded authors. . . . At a time when publishers increasingly see books as products and need to be convinced of their chances of selling at least 25,000 copies, Bellevue Literary Press thinks smaller and aims higher.”