Q: I think we all sense that there is an invisible world around us, but through Sophie’s eyes and the magic of fiction, you allow readers to “see” it. Why is this “seeing” so important?

A: The problems facing humanity’s relationship with nature can seem impossible: the bees we rely on for pollination are dying; the fish we eat are dwindling; pandemics are on the rise; so are the oceans; and species are going extinct en masse. In this time, we need to see through new eyes. We need “consilience”—E.O. Wilson’s term for the unity of knowledge: art, science, and the humanities working together, toward a more harmonious culture. Maybe, too, we need to think a bit crazy, follow Folly. In the words of Sophie, the narrator of Invisible Beasts, “we need to see the beasts that we don’t see.”

Q: Throughout the book, the beasts Sophie interacts with are seemingly integral to her own wellbeing. Why is that?

A: I volunteered for a year with Humane Society animal cruelty officers. I watched the officers teach people to better care for their pets, attended the trial of a hardened abuser, and followed the case of a dog burned by its owners. I also observed the complex ties between human and nonhuman wellbeing. Humane officers, for example, are mandated to look for child abuse when they find abused animals, and battered women more often leave bad situations when the Humane Society shelters their pets for them temporarily. Mainly, I learned that animals and people make up a single system in society, inseparable from each other: where the animals are healthy and happy, so are the people, and vice versa. This experience inspired the chapter, “The Riddle of Invisible Dogs.”

Q: Invisible Beasts is published by Bellevue Literary Press, a nonprofit press with a mission to publish work at the intersection of the arts and sciences, and it’s clear how much scientific fact is folded into the imaginary creatures of Invisible Beasts. Did you consult with scientists and, if so, why was it important to you to “get the science right” in a work of fiction?

A: When I was small, my father, who was then inventing the world’s first remote cardiac catheter in his home laboratory, told me that Mother Nature visited him in dreams, offering ideas. When I asked what she looked like, he replied, “A beautiful lady who sits in a golden egg.” Like my father’s visitor, the truth I try to convey in writing lies somewhere between a dream journal and a research abstract. Since childhood, I’ve always loved best the stories that scientists tell about nature.

Invisible Beasts began as a game played with some biologist friends. I would glean a few odd facts from the Internet, and then invent an imaginary animal based on them. I would then describe the imaginary animals to the biologists. Typically, they would reply, “Oh yes, there’s a creature that does that.”

This proved the principle that whatever human imagination could concoct, nature already had.  Finally, I invented an animal (“The Golden Egg,”) that I was sure didn’t exist: it nourished itself on the energy released by natural cold fusion. I mean, cold fusion. My biologist colleagues smiled and said, “In principle, it’s possible … and we don’t know everything that’s out there.” This seemed magical.

I also love medieval and ancient bestiaries: they are enchantingly poetic; they tell us how weasels conceive through their ears and give birth through their mouths, like talk show hosts; or how snakes stun prey with their dazzling beauty. What they did not do—rather spectacularly—was to concern themselves with real biology. By bringing science into Invisible Beasts, I kept a factual core to evoke a sense of real animals, wonderfully different from us. I also had fun learning some biology and using it in my stories with the weirdest possible logic.

Q: Writers such as Karen Russell, who has been credited with transforming “the everyday into a wriggling bestiary” and Caspar Henderson, who wrote the popular work of nonfiction The Book of Barely Imagined Beings: A 21st Century Bestiary, also seem to be putting contemporary spins on the classic genre. Is there something about the bestiary form itself that seems right for this moment?

A: The book I first loved passionately was Moby-Dick. I used to read my palm-sized edition on the Boston subway, going to and from school. If a fellow passenger asked whether I was reading “the Good Book,” I’d say, “Yes.” Each of those many depictions of whales was a window into life—and the life of the mind—through an animal, a fantastic beast with a mind of its own. But Invisible Beasts is no White Whale—it’s more like a Jurassic Park dinosaur, hatched out from the ancient bestiary genre in the twenty-first century.

I learned about bestiaries in college, as a Renaissance major. Bringing this form, the catalogue of animals, into a new literary era, owes something to science fiction, but also to my living in a small forest, in rural Ohio, where you just tell animal tales. When you live around foxes, hawks, warblers, toads, eagles, snakes, woodchucks, coyotes, opossums, mice, bees, rabbits, deer, wild turkeys, butterflies, and who knows what else—you gossip about them. It’s only human. You gossip about the raccoon that ate the wren eggs; you wonder if the lonely toad that was singing in cold weather found a mate. Then you talk about the tadpoles that suggest he did. You sit out late on your porch because a catbird is giving a concert of improvisations that would have delighted Bird.

In this atmosphere, Invisible Beasts became my tribute to the bestiary, a beautiful form that helped—and still helps—to create poetic, meaningful connections between the image of an animal and the concerns of human life.

Q: Are there other works of fiction that particularly inspire you?

A: The Praise of Folly is a 16th-century bestseller dashed off by the great humanist, Erasmus of Rotterdam, while staying with his friend Thomas More, later beheaded. My copy dates from 1942, translated by Hendrik Willem van Loon, a Dutch historian banned by the Nazis. In this droll little book for serious times, the Goddess of Folly proves in a public lecture that all human beings are fools, and therefore, should smile tolerantly upon one another. The imagination, wisdom, and large spirit of this book are my standard candles. I also find them, twinkling as it were, in the exquisite fables of Italo Calvino.

Q: Among many other things, Invisible Beasts is a poignant meditation on family and love and the responsibilities that pass from one generation to the next. Sophie’s story—and that of her nephew who shares her gift—is also a reminder that we all handle responsibilities differently and that burdens can’t always be shared, even with the ones we love the most. Despite all of that, your novel is one of hope. Is there any single message you wish readers to take away with them after turning the last page?

A: I had to write about serious times in The Book of Telling: Tracing the Secrets of My Father’s Lives. That memoir arose from my chance discovery, after my father’s death, that he had built Israel’s first rocket, together with a secret group of scientists, during Israel’s war of independence. Finding the group, and writing their untold story, I learned something important about creativity. Living through the Holocaust and the 1948 war, the group had suffered events no one had believed possible. One result was to abolish, from their imaginations, the limits of the possible. They’d try anything. Nothing was too crazy. “I always begin with the impossible,” said the director of Israel’s missile program in the 1960s. He added, “If it isn’t a little impossible, it isn’t R&D.”

The lesson remains: begin with the impossible.

Q: And do you find joy in that mission?

A: Writing is usually awful: you sit in silence, alone, prone to munchies, hunched over in a miserable posture, losing circulation, and staring at tiny black marks with dried-out eyes. But when I wrote Invisible Beasts, I laughed all the time. I even laughed in my sleep. 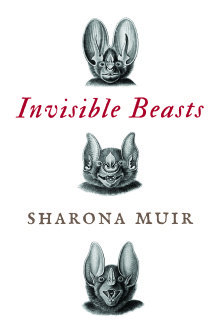 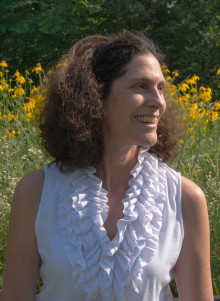