Klaus Modick is an award-winning author and translator who has published over a dozen novels as well as short stories, essays, and poetry. His translations into German include work by William Goldman, William Gaddis, and Victor LaValle, and he has taught at Dartmouth College, Middlebury College, and several other universities in the United States, Japan, and Germany. Moss, Modick’s debut novel, is his first book to be published in English. He lives in Oldenburg, Germany. 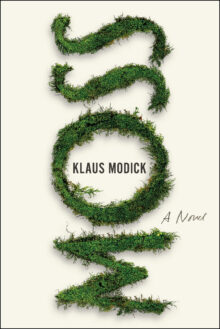