In this conversation, Lisa Olstein, member of the poetry faculty at the University of Texas at Austin and author of Pain Studies, and Paul Lisicky, associate professor at Rutgers University-Camden and author of Later: My Life at the Edge of the World, discuss the coronavirus pandemic, the connection between illness and vulnerability, and the awe-inspiring feeling of being alive. This conversation is part of the BLP Conversations series from Bellevue Literary Press, featuring dialogues that explore the creative territory at the intersection of the arts and sciences.

Lisa Olstein: Your extraordinary new book, Later: My Life at the Edge of the World, came out in mid March. My own new book, Pain Studies, was released earlier in March. Like many other writers, musicians, and other artists, we’ve canceled all events for now and who knows how long—from the bleak vantage point of this week, even last week’s questions about what might still go forward seem quaint. What a sad and strange moment to release a new book, years in the writing, decades in the reckoning. How do you find yourself navigating?

Paul Lisicky: Life feels revved up to me right now, and far from the prospect of contemplation, but in the last couple of days I’ve thought a lot about urban life being very permeable, no membrane between the apartment and the life out on the sidewalk, or the park. I feel real apprehension at the loss of all that. I mean simply being in comfortable anonymity with strangers. That probably keeps me alive in ways I’m not even able to see.At the same time, I’ve probably had more contact with others—both friends and family, former students, people from social media—than I’ve had in years. Everyone seems to be so eager to check in—and all of this is happening through the devices. All of that has been very lovely, and distracting from the disappointments of all those cancelations and postponements. I’ve possibly already passed through my five stages of grief about that.

LO: I’ve been very preoccupied with tracking the news and the growing urgency of needing to “flatten the curve.” Still, when we realized we’d have to postpone our joint launch event in Austin, I had a moment of unmitigated sadness. It wasn’t so much the lack of a celebration but the realization that even in my own community—even with my own community—we cannot gather, we can’t hug and talk and laugh and commiserate. On an animal level, what to make of, how to navigate this necessary “social distancing?”

PL: Oh, I know exactly what you mean. I don’t think enough has been said about the psychological cost of “social distancing.” We’re wired to be pack animals, right? Humans crave community and touch—or at least the possibility of it, even if we rarely get it.

I was just reading in the New York Times about an Italian woman whose husband of fifty years died five days ago, and she hasn’t been able to give him a traditional funeral because they’re forbidden by law right now. On top of that she’s sick herself, in quarantine, and she wouldn’t be able to attend anyway. “It’s a strange thing,” she says, trying to explain her emotional state. “It’s not anger. It’s impotence in the face of this virus.” That brought me to a disarming and insightful passage in Pain Studies. “Over how much and what do we exert control? Influence is probably a better word, control being out of the hands of the gods even . . . ” I’m thinking of the stunning equilibrium of that statement and how the unpredictability of recent days has been a visceral education in the limits of human control. But influence—that word strikes me as exacting, hard-won. I’m thinking of the relationship between impotence and influence, and I wonder how you’re bringing the notion of influence to bear on the day right now. Is it helping at all?

LO: Calamity shows us pretty unsparingly the limits of our control. At the same time, it reveals how powerfully both the choices we make and the privileges we have access to shape what happens to us, what’s possible for us. Living with chronic pain and also having an autoimmune illness that decimated my health in my early twenties seared into me both sides of that coin. So, for better and worse, the balancing act you point to between control, influence, and impotence as it relates to health, in particular, is familiar to me. Illness, accident, even, quite often, something like child birth reduces and isolates us to our animal selves and also makes viscerally clear our animal interdependence. What feels especially eerie right now, and unlike my past experience, is that, to take care of one another, we must be vigilantly apart from one another; how, at the moment, this is the best influence we can offer.

One thing I’ve been noticing so powerfully—and I’m hardly the only one to mention it—is a telescoping of time. So much seems to change in an hour, let alone a day. Things feel sped up and slowed down. (Yesterday my eleven-year-old said “corona time” is like dog years: one hour equals five.) This is a strange warp to the weft of the temporal realities of writing a book and also the way we time-travel within them, something Later does orchestrally. How are you experiencing time right now?

PL: You’re absolutely right about time. I had coffee with someone just four days ago in calendar time, and yesterday I said, didn’t that feel like a year ago—or even the end of an era? A belief in an illusion that we could still have some sense of control if we washed our hands and didn’t touch our faces. The next night all the pasta and soup was gone from the shelves in the grocery store around the corner. No one even bothered with the candy! Four days from now—what? I do believe that humans get pretty used to emergency pretty fast—somehow, we manage to turn it into the everyday. We make patterns and give it an order. But that might sound more wholly optimistic than I intend.

LO: Both of our books reckon with experiences of illness and vulnerability, the life of the body/heart/mind in contexts of peril and proximity to harm—yours in relation to the life you lived in Provincetown during the AIDS epidemic, mine in relation to living with chronic pain. You lived in a context of contagion, experienced enormous loss, and remained well. I live with a condition that dramatically impacts my daily life but won’t kill me and isn’t contagious. What’s it like for you to be bringing this particular book into the world right now? Do you feel any echoes creeping into your sense of the present and the decisions you’re forced to make within it?

PL: I think others might see parallels—and I’m completely okay with that. It’s an aspect of our human craving for order and markers, but it’s probably dangerous to overemphasize the parallels. I don’t know if this is exactly answering your questions, but I’ve been thinking a lot about human certainty and the incontrovertible belief that we can stop a pandemic if we simply do X and Y, and we’ll be able to resume our lives as usual in two weeks. HIV has been around for forty years—more? And I know that in my own experience it took work to learn to be attuned to risk, balancing my own human hunger with the survival of my community. I don’t think it’s one or the other or ever so absolute. In this case, sometimes we might have to make choices, for instance, sitting outside in the sunlight, within six feet of another human, for the sake of our bodies and brains.

LO: At the moment there’s so much layered, anticipatory dread which is antithetical, I think, to the possible benefits of that flood, that fling. I have at times found some strange form of comfort in the focus of some kinds of extremis, the clarity and immediacy of what you can and cannot do, must and must not focus on. But the collective nature of this pandemic threat against our individual trajectories is so difficult to parse. Here we are collectively on the precipice of certain yet still unknown loss and mourning, as well as on the glinting knife’s edge of our own potential risk of individual harm.

PL: Another passage I love: “Chance may not teach us anything but chance identified is a kind of answer and therefore a kind of balm, a version of no blame.” How might that statement talk to our current crisis?

LO: I’m frequently amazed by my brain’s desire to know things even when knowing them won’t change anything but the not-knowing. I think it’s a question of sense- and meaning-making that resonates at really deep levels. On the one hand, it seems animal, evolutionary, useful possibly to the collective if not the individual. On the other, it feels highly cultural, a version of the battle of ideas (and ideals) between will and destiny, chance and fate. In uncertainty we hunger and right now we swim in a vast sea of what ifs. Right now, our tender hearts are wide open to the darkest things.

Something Later does exquisitely is explore the wide range of ways people respond to living in threat of mortal illness. These last few days I’ve found myself thinking about the empathy with which you explore that range, how you seem to gaze so clearly at and into it. Did that insight and openness come easily to you? Do you find yourself inclined to observe our range of reactions to the current mortal threat?

PL: I think I must have lived so close to a life-death line, in hypervigilance, for so long that I’m not even sure I can talk about my own take. I do feel a definite awe at being alive, and on the day to day level I feel compelled not to waste any time, to pack in all the life possible into a single hour. I’m trying not to focus too much on others’ reactions, because—well? Not everyone has had to contend seriously with the thought that they might not live until they’re 80 or 90, and it takes a long time to metabolize that, and I don’t want to start falling into some scolding trap. Nothing about that is productive or even humane. I wonder what we’ll be once we get to the other side of this.

Lisa Olstein is the author of four poetry collections: Radio Crackling, Radio Gone, winner of the Hayden Carruth Award; Lost Alphabet, a Library Journal “Best Book of the Year” selection; Little Stranger, a Lannan Literary Selection; and Late Empire. She is a member of the poetry faculty at the University of Texas at Austin where she teaches in the New Writers Project and Michener Center for Writers MFA programs. Olstein also serves as an associate editor for Tupelo Quarterly. Pain Studies is her first book of creative nonfiction.

Paul Lisicky is the author of six books including Later, The Narrow Door, Unbuilt Projects, The Burning House, Famous Builder, and Lawnboy. He has received fellowships from the Guggenheim Foundation, the NEA, and other organizations, and he teaches in the MFA Program at Rutgers University-Camden. He lives in Brooklyn. 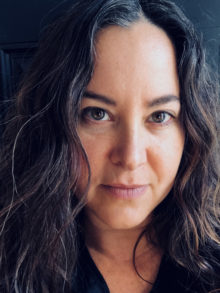 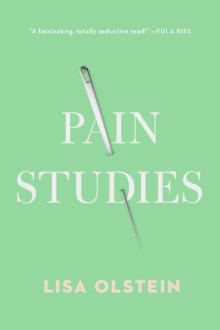 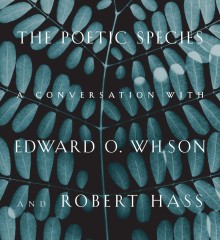