The Polish Boxer brought together author Eduardo Halfon and an international group of five accomplished translators who—instead of competing for a contract—decided to work in concert with each other to deliver an exquisite manuscript. Their collaboration is a concrete example of the passion Halfon’s work generates among English-speaking readers and further proof that exhilarating literature has no geographic or linguistic boundaries.

Discover even more about the book’s remarkable path to English publication from author Eduardo Halfon at New Spanish Books.

A Note from Translator Daniel Hahn

Doing any kind of creative work collaboratively entails certain risks. Writing is no exception; and translators are, of course, creative writers. Sharing the task of creating a voice between two different writers can lend the text an uneasy irregularity; sharing it between five is more than a little foolish. But that’s what we’ve done with The Polish Boxer. It helped that all five translators (and author Eduardo Halfon) have taken part in the British Centre for Literary Translation’s annual summer school, so we did have some experience of the pleasures and challenges of collaborative translation work. The aim was always to produce one final translation, a single unified text, rather than lots of different-flavored fragments all sort of bolted together, a hybrid with all-too-visible joins. And I believe we’ve succeeded, too.

We divided the ten chapters of the book among us to produce first drafts: Ollie took “Twaining,” “White Smoke,” and “The Pirouette”; Lisa did “Distant” and “Postcards”; Tom drafted “Epistrophy” and “Sunsets”; leaving me with “Ghosts” and “A Speech at Póvoa”; and Anne with the title chapter “The Polish Boxer.” We then ceded ownership of our stories, combining everything into a single common manuscript. What followed was two weeks of edits—a rather preposterous process in which everyone edited everything—a train of activity across huge time differences (the easternmost translators, in Europe, finishing their day’s work and sending things out west to start the North American day). We developed a ludicrously complicated spreadsheet and bits of paper with diagrams and arrows, and an awful lot of tracked changes and queries and answers and comments on comments on comments. Added to the mix was the input of the author Eduardo Halfon, an English-speaker, whose fingerprints are all over this translation, too.

It was a complicated process. Also revealing, surprising, and a lot of fun. We find ourselves not only having enjoyed the process, but also delightfully surprised by the end product. We hope readers will find it does justice to a book we’re all so pleased to have been living in these past months. Sometimes collaboration can bring terrific benefits.

More about the Translators

Ollie Brock has just translated a novella inspired by The Little Prince. He was previously Online Editor of Granta magazine, and is currently working as an archive researcher for the London Review of Books and a front-page editor for openDemocracy. He is a regular contributor to the Times Literary Supplement, and his articles have also appeared in Time and the New Statesman. He is on the Editorial Board of In Other Words, the journal of the British Centre for Literary Translation and, in the winter of 2012/2013, he will be one of two translators-in-residence at London’s Free Word Centre. He lives in London, England.

Thomas Bunstead is a video editor and subtitler by trade. He has translated writers including Aixa de la Cruz, Yuri Herrera, Luis Rafael Sánchez and Enrique Vila-Matas. He also contributes to the Independent on Sunday, Times Literary Supplement, Paris Review blog, ReadySteadyBook and 3:AM Magazine. An author with numerous short stories to his name, he just completed his first novel, a work of historical fiction. Bunstead lived in Madrid from 2005-2008, where he worked for Real Madrid TV, and now lives in Sussex, England.

Lisa Dillman translates from Spanish and Catalan and teaches at Emory University. Recent translations include The Mule, by Juan Eslava Galán, and Op Oloop, by Juan Filloy, longlisted for the Best Translated Book Award. Her newest translations are of Christopher Domínguez Michael’s Critical Dictionary of Mexican Literature and Sabina Berman’s novel Me, Who Dove into the Heart of the World. She’s just completed her translation of Andrés Barba’s novel Such Small Hands and is currently translating two novels by Mexican writer Yuri Herrera. Dillman lives in Decatur, Georgia.

Daniel Hahn,recipient of theBlue Peter Book Award and Independent Foreign Fiction Prize, is a writer, editor, and translator. Most recently he has written the text for a picture book (Happiness Is a Watermelon on Your Head), translated Philippe Claudel’s novel, The Investigator, and is currently writing The Oxford Companion to Children’s Literature. He is program director of the British Centre for Literary Translation, past chair of the UK Translators Association, and serves on a number of boards, committees and councils, for organizations including English PEN, Pop Up, Shakespeare’s Globe, and Human Rights Watch. He lives in Sussex, England.

Anne McLean translates Latin American and Spanish novels, short stories, memoirs, and other writings by authors including Julio Cortázar, Javier Cercas, Juan Gabriel Vásquez, Evelio Rosero, Carmen Martín Gaite, Héctor Abad, Ignacio Martínez de Pisón, Paula Varsavsky and Tomás Eloy Martínez. She has twice been awarded the Independent Foreign Fiction Prize and her translation of Enrique Vila-Matas’ Never Any End to Paris was a finalist for the Best Translated Book Award. McLean recently moved back to Toronto, Canada after living in England for a decade and a half. 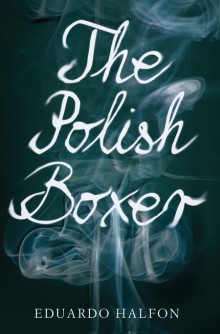