Norman Lock shares his playlist for Love Among the Particles at Largehearted Boy:

“John Adams’s “The Chairman Dances,” from Nixon in China, which I heard for the first time in 1985, determined, in no small way, the course of my mature work. That sardonic and sensuous foxtrot confirmed for me what Doctorow’s Ragtime had first brought to my attention in the 70s: that one could bring into one’s fictions—a dreaming on paper—persons who had had actual lives, as opposed to persons with equally plausible and often more satisfying imagined ones. (That being said, one can hardly deny that an aspect of real life, in any guise, is always at least partially imagined.) And so, the dancing Chairman Mao, a charming conceit, drew me after him into realms of story-telling that led, first, to A History of the Imagination (FC2, 2004), then Land of the Snow Men (Calamari Press, 2005, in which Captain Scott and his doomed Antarctic explorers waltz on the Ross Ice Shelf), and now—thanks to the good offices of Erika Goldman and the excellent Bellevue Literary Press—Love Among the Particles.”

Continue reading Norman’s playlist at Largehearted Boy—one of our favorite places on the Internet. It is, in the words of its curator David Gutowski, “a music blog featuring daily free and legal music downloads as well as news from the worlds of music, literature, and pop culture.” In the “Book Notes” series, authors create and discuss a music playlist that relates in some way to their recently published book. 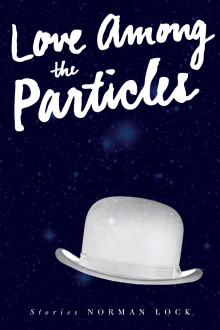 Love Among the Particles