The title of the collection, “Understories” has several layers of meaning. The most literal is a reference from “The Understory” to the plants that grow at the base of the forest canopy, farthest from the crowns’ light and glory but just as critical to the overall habitat, and surely as intriguing when you hunker down close and know what to look for. I took a class called Forest Communities of New Hampshire where we went out hiking and examined the various layers in different forest stands, and I was amazed at how much you could learn by looking down as well as up and discerning connections between the levels. Even in “The Understory,” though, the word has a double meaning, referring also to the hidden stories, the stories that lie underneath the received version of events or the surface narrative that a person presents.

I’ve always gravitated toward a broad range of authors, taking solace at different moments in fabulists like Calvino and Borges, but also retaining an admiration for the palpable realism of writers like Denis Johnson, Tobias Wolff, Norman Rush, and Annie Proulx, each of whom infuses the so-called “real world” with a sense of the fantastic. Thus my work attempts to build bridges between these traditions, imagining Borges’s nearly infinite Library of Babel while marveling at the amazing fact of actual, brick-and-mortar libraries.

It may or may not be wise to cite Aristotle, that most traditional of thinkers about narrative, especially for someone who fancies himself at least somewhat experimental, as I do. Nonetheless, when Aristotle declared in his Poetics that poetry, unlike history, deals in possibility, I believe he nailed something both true and profound about fiction, and certainly one way of looking at my writing. My stories are meant to discern and explore imaginative possibilities, those subtly woven into the fabric of everyday life and more outrageous ones, icebergs awaiting hulls of convention and complacency. 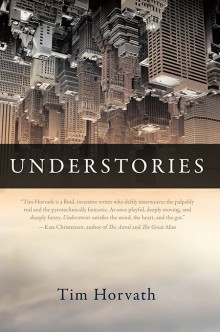 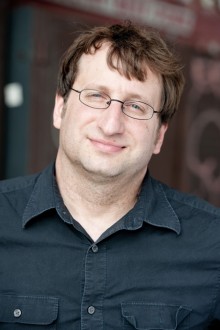