Science in an Age of Endarkenment 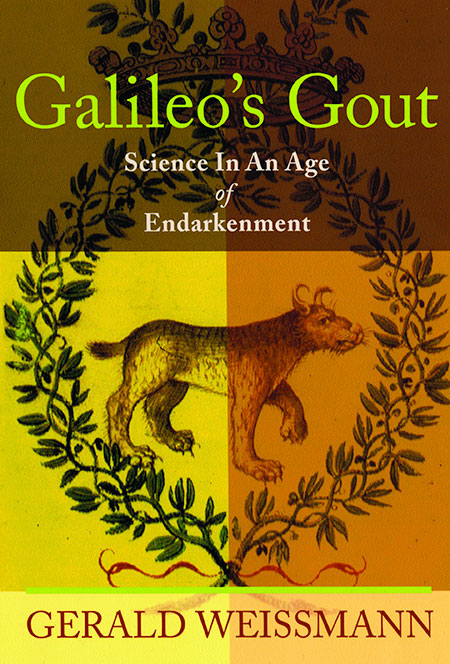 “In Galileo’s Gout, Gerald Weissmann . . . bemoans the onrushing darkness and then sets to chronicling individual explosions of light. . . . Throughout, Weissmann weaves evidence of political regression with details of memorable scientific discoveries, as well as occasional medical case histories of relevant literati. . . . [Galileo’s Gout] also serves as a compact guide to the highlights of American medical innovations.”

“Weissmann models his work after that of his mentor, Lewis Thomas . . . his ideas . . . are every bit as important.”

“The most brilliant and humorous manifesto ever written by a scientist against the current cult of unreason: a must for the educated layman!”

Jean-Pierre Changeux, author of The Good, the True, and the Beautiful

Embryonic stem cell research. Evolution vs. intelligent design. The transformation of medicine into “health care.” Climate change. Never before has science been so intertwined with politics, never have we been more dependent on scientific solutions for the preservation of the species.

Transporting us across more than four hundred years of pivotal moments in science and medicine, Gerald Weissmann distills history’s lessons for today’s new age of sect and violence: “The Endarkenment.” Among others, he lingers with Galileo and his daughter in seventeenth-century Florence, Diderot and d’Alembert in Enlightenment Paris, William and Alice James in fin de siècle Boston, James Watson as the John McEnroe of DNA, and Craig Venter decoding the genome at the dawn of the twenty-first century. Weissmann’s message is clear: “Experimental science is our defense—perhaps our best defense—against humbug and the Endarkenment.”

We who are in debt to rational science are living in the best of times and the worst of times, and that’s not A Tale of Two Cities, but of two cultures. The prospects for each day in science have never been more splendid while our larger culture seems caught in a slough of unreason. In the last half century scientists have landed us on the moon, sampled Mars, and deciphered the human genome. Our new technology permits us to clone genes on chips and dial China from the Palm in our hand. The biological revolution has cracked new diseases as they arose (Lyme, HIV, SARS) and blunted the hurt of the old (cancer, cardiovascular disease, arthritis, and gout). We’ve doubled the longevity of fruit flies and roundworms in the lab and increased human life span in the developed world by a decade and a half.

Meanwhile, much of society at large is busy revisiting the days of the Inquisition v Galileo. The wars of religion are back, superstition threatens our schools, and Bible-thumpers preach that Darwin got it wrong. Our modern heritage of reason, formed in the Enlightenment, is becoming eclipsed by what a cynic might call the Endarkenment. It’s no trivial matter when the editor of Science, Donald Kennedy, asks us whether it’s “Twilight for the Enlightenment?”1 Last year, for example, Gallup reported that 45 percent of Americans believe that God created human beings like us about 10,000 years ago. Indeed, less than a third of Americans believe that Darwin’s theory is supported by scientific evidence, and just as many believe that evolution is just one of several, equally valid theories. A third of Americans believe that the Judeo-Christian Bible is the word of God to be taken literally, word for word.2 One out of five Americans believe that the sun revolves about the earth!

For over a century in the lands of the West, the forces of faith and fact have largely observed an uneasy truce. Natural scientists were expected to steer clear of moral or religious matters, the clergy (save in the American South) were not expected to contradict the findings of Galileo or Darwin. But in our dangerous decade, the battle lines have formed again and this time they’ve been drawn around the globe. The trend—from Mississippi to Kabul to Jakarta and Jerusalem—is a return to revealed orthodoxy. Galileo may have been pardoned by his church, common descent accepted by a saintly pope, but the ancient tide of animist belief is rising again. We could have seen it coming. Fresh from the heady insights of the biological revolution, Jacques Monod warned us in his magisterial Chance and Necessity (1971) that

“Modern societies accepted the treasures and the power offered them by science. But they have not accepted—they have scarcely even heard—its profounder message: . . . a complete break with the animist tradition, the definitive abandonment of the “old covenant,” the necessity of forging a new one. Armed with all the powers, enjoying all the riches they owe to science, our societies are still trying to live by and to teach systems of values already blasted at the root by science itself.”

Nowadays, in thrall to constituencies of unreason, zealots of all stripes are chipping away at evolutionary science. In our own country, “creationism” and “intelligent design” are now considered suitable topics for instruction in science, as if these notions were as testable as the perfect gas laws of Boyle (pV = nRT) or the Hardy-Weinberg equation (p2 + 2pq + q2 = 1) of population genetics. In the new spirit of Endarkenment, we ought not to be surprised that the Bishop of Vienna warned us against Jacques Monod:

“Scientific theories that try to explain away the appearance of design as the result of ‘chance and necessity’ are not scientific at all, but, as John Paul put it, an abdication of human intelligence.”

Since the “abdication of human intelligence” might be defined as stupidity, it’s clear to me that the truce has been shattered. Sad to say, it’s possible that modern science may be at the stage of the arts in Quattrocento Florence, when poets and painters broke the mold of monkish severity in outbursts of wanton beauty. Savonarola responded by first scorning their intelligence and then burning their work. Schonhorn and the censors are gathering in the piazza.
So, for prelates and presidents, let’s spell out the facts of evolution ever since Darwin: the facts of common descent and natural selection. Most scientists agree that evolution is no more a “theory” (in the popular sense) than is gravity. Evolution is based on a collection of facts that—like gravity—challenge Biblical notions of the nature of the universe and our very selves. The National Academy report on “Evolution and Creationism” reminds us that “In science, theories do not turn into facts through the accumulation of evidence. Rather, theories are the end points of science.”

“The most brilliant and humorous manifesto ever written by a scientist against the current cult of unreason: a must for the educated layman!”

Jean-Pierre Changeux, author of The Good, the True, and the Beautiful

“Weissmann models his work after that of his mentor, Lewis Thomas . . . his ideas . . . are every bit as important.”

“In Galileo’s Gout, Gerald Weissmann . . . bemoans the onrushing darkness and then sets to chronicling individual explosions of light. . . . Throughout, Weissmann weaves evidence of political regression with details of memorable scientific discoveries, as well as occasional medical case histories of relevant literati. . . . [Galileo’s Gout] also serves as a compact guide to the highlights of American medical innovations.” 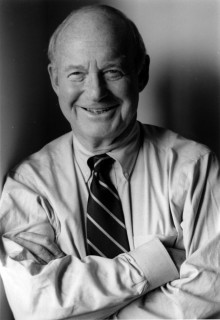