The Surprising Connection Between Sex, Evolution, and Monogamy 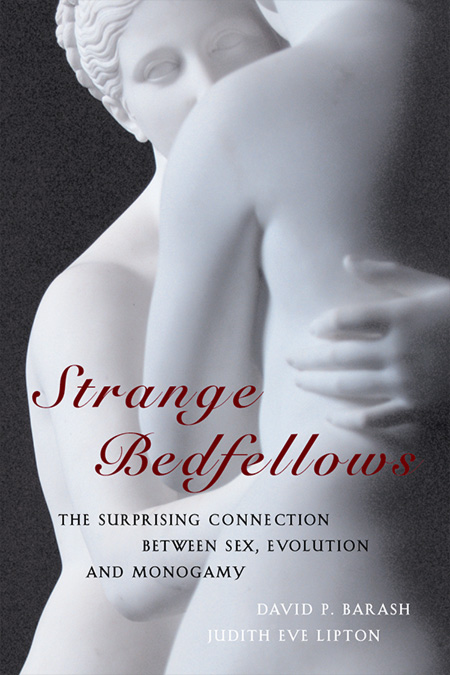 “Combining humane sensibility with commonsense, wisdom, knowledge, wit, and sheer intelligence, David Barash’s writing is a tonic for the mind.”

“Barash is one of the wittiest and most insightful commentators on the current academic scene, especially as it relates to biology, the humanities, and the study of human nature.”

“The most literate popularizer of Darwinism since Thomas Huxley…. A journey to the center of human nature, where the view is not always agreeable.”

When The Myth of Monogamy was published in 2001, husband and wife David P. Barash (an evolutionary biologist) and Judith Eve Lipton (a psychiatrist), stunned the public by making the case that monogamy is extremely rare in the animal world; that it simply isn’t “natural”—for animals or for human beings. The response was dramatic: fascination mixed with outrage; vindication for some, apoplexy for others. The Myth of Monogamy clearly touched a nerve: If monogamy is unnatural, is it hopeless?  Is infidelity inevitable?  And what about the paradox of a happily married husband-and-wife writing that monogamy is in any sense a “myth”?

In Strange Bedfellows, the much-anticipated stand alone sequel to The Myth of Monogamy, the authors answer these questions and in the process, reassure and empower anyone nervous about his or her monogamous future. Whereas The Myth of Monogamy pointed out the rarity as well as the difficulty of monogamy—a look at a glass half empty—Strange Bedfellows examines the glass half full: how biology, despite its predisposition against monogamy, also leaves substantial room for it; how monogamy works among those animal species that engage in it; and how such “natural lessons” might be applied to human beings. And how, when it comes to love and marriage, biology is not destiny. Unlike other species, we can overcome our biological urges—and are at our most human when we do so!

As in all of Barash and Lipton’s books, the lessons in Strange Bedfellows are served with a good amount of humor and humility. Laced throughout with personal insights, hilarious anecdotes, and a wealth of knowledge concerning evolution and zoology, Strange Bedfellows is an entertaining look into what can be an advantageous, though elusive state of being.

Politics, it is said, makes strange bedfellows. The phrase actually comes, however, from Shakespeare’s play The Tempest, and was originally somewhat different. A drunken jester named Trinculo has just been shipwrecked on Prospero’s magic island. The storm is still raging, and Trinculo seeks shelter under the ragged garments of the resident monster, Caliban. “Misery,” says the resigned but desperate Trinculo, “acquaints a man with strange bedfellows. I will here shroud till the dregs of the storm be past.” Centuries later, in 1850, one Charles Dudley Warner, editor of the Hartford Courant, modified Trinculo’s tribulation to “politics makes strange bedfellows.” Equating politics with misery, it appears, is nothing new. Our point is that biology, too, creates strange bedfellows, especially when it comes to mating and marriage.

It is endlessly fascinating to learn who ends up in bed with whom, and for how long, and with what secrets. There are always great surprises, scandals, and scenes. The princess is betraying the prince with a dashing horseman, as the prince betrays the princess as well. The heir apparent falls for a “common” woman and gives up his kingdom. The president has a messy sexual relationship with a young intern. One gorgeous movie star abandons his lovely wife and children for another spectacular movie star—of one sex or another. Other celebrities boast of their promiscuity and sexual track records. This is the stuff of People magazine and other tabloids, because—let’s face it—people want to know who are the strange bedfellows du jour.

It seems that, by contrast, monogamy is boring, not only for each couple but for the gossiping public. Who cares if two people have been faithfully devoted for decades? It is the departures that make the headlines, except for those rare cases in which a mateship persists for 75 years or so. The point of this book, however, is that monogamy is interesting in itself, and that the strange bedfellows who make it permanent may not necessarily do so in a context of misery. In the 1960s, a pair of our friends were accused of living in “unmarried bliss.” The question presents itself: Is it possible to be married and blissful, or at least monogamous and satisfied? Is it possible for human beings to be monogamous at all?

Certain situations—typically, demanding ones such as storms or politics—predispose toward outcomes that involve unlikely combinations. The psychology of mating also creates situations of this sort, because if nothing else, it is highly unlikely that the inclinations of any one individual will be identical to those of another, whether or not the two are matrimonially united. Instincts and desire are actually composites of many things, some of them pointing in contradictory directions. Specifically, as we shall see, human biology predisposes Homo sapiens of both sexes to seek sexual variety and multiple partners, thus undermining monogamy. But at the same time, the chief argument of this book is that biology does not preclude monogamy; in fact, there are certain evolutionary factors that resonate strongly with monogamy, offering shelter from infidelity’s storms.

And make no bones about it: infidelity makes waves. This is not to say that open relationships or other sorts of arrangements don’t also cause mayhem, but rather that infidelity (cheating, deception, philandering) nearly always causes substantial trouble for human beings, as for other animals. Deliberate and careful monogamy can provide shelter from these storms of betrayal, but not without taking its own toll.

Monogamy itself can be tempestuous, among animals no less than human beings, and just as biology often threatens to capsize so many matrimonial boats, it also—ironically, but no less genuinely— offers at least the prospect of stability. Either way, everyone is Trinculo, seeking refuge under less than perfect circumstances. And to understand Trinculo, it helps to look hard at Caliban, and perhaps to conclude, as did Prospero in The Tempest: “This thing of darkness I acknowledge mine.”

“The most literate popularizer of Darwinism since Thomas Huxley…. A journey to the center of human nature, where the view is not always agreeable.”

“Barash is one of the wittiest and most insightful commentators on the current academic scene, especially as it relates to biology, the humanities, and the study of human nature.”

“Combining humane sensibility with commonsense, wisdom, knowledge, wit, and sheer intelligence, David Barash’s writing is a tonic for the mind.” 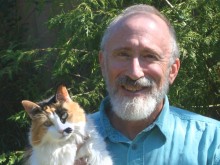 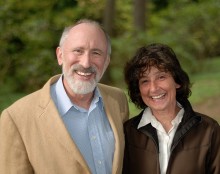