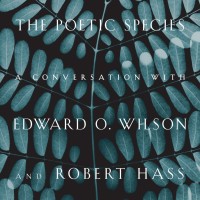 Bellevue Literary Press is pleased to bring you the BLP Conversations series, an online series coinciding with the publication of The Poetic Species: A Conversation with Edward O. Wilson and Robert Hass. Each conversation features a BLP author in dialogue with a notable figure whose lifework, like BLP’s mission, explores the creative territory at the intersection of the arts and sciences. When these great minds—neuroscientists, popular science writers, dramatists, psychiatrists, novelists, historians, physicians, and poets—sit down to talk, their exchanges become a testament to how science and the humanities can join forces to educate and inspire.  [read more]

Considered by some to be an endangered species, the book (opere litterarum) has been known to elevate the mood and the mind and challenge preconceived notions. Left uncontrolled, however, a book can spread the germ of an idea, and, in extreme cases, incite rash behavior that may cause disruption to the system. [read more]

The annual PEN World Voices Festival brings writers from across the globe to New York for a week of readings and conversation. This year, BLP’s own Eduardo Halfon (The Polish Boxer) will participate in two special events. A new addition to the festival is an independent press book fair, where you’ll be able to meet our editorial staff and find great deals on our books. Please join us! 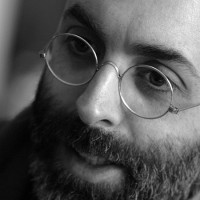 Each year, a group of Festival authors are invited by Baruch College’s Great Works program to comment on a classic work of literature or author that influenced their own work. Panelists speak about the great works that affected them, read from their own work or their chosen classic text to illustrate the impact, then engage in discussion with the audience. Moderated by Eva S. Chou.

Explorers may discover a bedside reading, a dinner-table discussion, or a poet in the elevator at this event, where each participant is given a map and left to roam the halls of the city’s oldest and largest artist community; the notoriously labyrinthine Westbeth Artists’ Housing. The residents will again open their homes to PEN authors and the public for this intimate annual event, which ends with a reception and champagne toast in the gallery.

PEN reimagines the New York City street festival as an open air indie book fair. Nestled among the cobblestone streets of NYU’s storied Washington Mews, this day-long “festival within the Festival” will feature writers’ workshops in the morning and readings in the afternoon. Browse the tables where literary magazines and independent presses proffer the work of up-and-coming writers, wander the streets and cross borders as the doors to NYU’s International Houses are opened, or stop to take in busking musicians or a puppet show. Together with Le Pain Quotidien, the Mini-Fair will remind you that literature is our daily bread. A must-attend for any lover of literature.

During the hot Irish summer of 1969, tensions rise in Belfast where Katherine, a former actress, and George, a firefighter, struggle to keep buried secrets from destroying their marriage . . . [more]

✭ Read more about Ghost Moth in the Boston Globe, find out how Irish author Michèle Forbes came to be published by Bellevue Literary Press in the Irish Times, and discover how the author’s background in musical theater influenced her first novel in this exclusive interview.

Country of Ash is the gripping chronicle of a Jewish doctor who miraculously survived near-certain death, first inside the Lodz and Warsaw ghettoes, where he was forced to treat the Gestapo, then on the Aryan side of Warsaw, where he hid under numerous disguises. [more]

“Edward Reicher presents events from the perspective of a Jew, a physician, a survivor, a chronicler, a husband but mainly a humanitarian caught in the flux of horrific events that, but for memoirs such as this, would fade with the absolution of time.”—Arthur L. Caplan, Ph.D., Drs. William F. and Virginia Connolly Mitty Chair Director, Division of Medical Ethics, NYU Langone Medical Center and author of When Medicine Went Mad: Bioethics and the Holocaust

✭ Read more about Country of Ash in the Milwaukee Journal Sentinel and in the Passover edition of the Jewish Daily Forward, where Austin Ratner writes about the legacy of the Warsaw Ghetto, the psychology of bigotry, and the parable he found within Edward Reicher’s “stirring” memoir.

Love Among the Particles, stories by Norman Lock (May 2013)

Love Among the Particles is virtuosic story telling, at once a poignant critique of our romance with technology and a love letter to language. In a whirlwind tour of space, time, and literary history, Lock creates worlds that veer wildly from the natural to the supernatural via the pre-modern, mechanical and digital ages. [more]

“All hail Lock, whose narrative soul sings fairy tales, whose language is glass.” —Kate Bernheimer, editor of My Mother She Killed Me, My Father He Ate Me and Fairy Tale Review

✭ Read more about Love Among the Particles in Atlantic magazine’s Spring Book Preview and save the date for a special event, hosted by Vol. 1 Brooklyn, featuring Norman Lock and Matt Bell in conversation.

Leonardo’s Foot stretches back to the fossil record and forward to recent discoveries in evolutionary science to demonstrate that it was our feet rather than our brains that first distinguished us from other species within the animal kingdom. [more]

“Carol Ann Rinzler weaves together material from art, literature, science, and history to broaden our understanding of the human foot. Her book is by turns entertaining, enlightening, and altogether satisfying.” —Congresswoman Carolyn B. Maloney

✭ We are thrilled to announce that Leonardo’s Foot will be a selection of the Scientific American, History and BOMC2 Book Clubs. In this exclusive interview, Carol Ann Rinzler discusses how she found inspiration in the appendage that Leonardo da Vinci called “a masterpiece of engineering and a work of art.”

✭ Tune in to the BLP YouTube Channel for exclusive interviews with Pascale Kramer (The Child), video book reviews, book trailers, and much more to come.

✭ Enroll in the Library Thing Early Reviewers program for a chance to win advance copies of BLP books. Country of Ash, Ghost Moth, and Love Among the Particles are available now through April 29.

✭ Check out our events page to discover when BLP authors will be visiting your community.

✭ Help BLP continue to build an engaged audience for exceptional books at the intersection of the arts and sciences by giving today!

“Shadowed by the Inuit word for stones resembling ‘a human form,’ a marker to reassure that ‘Someone was here,’ Spatz portrays a discordant family crippled by emotional and physical distance. . . . This tale of familial dysfunction is carefully interwoven with the historical retelling of Sir Franklin’s quest, resulting in a layered journey that is hauntingly honest and emotionally resonant.”