The following pieces constitute a highlight reel of the music I reference in each of the five chapters in Uncommon Measure—essentially, my personal playlist* and a set of program notes for the book. The recordings I have chosen are by no means the “definitive” ones; rather, they are the performances and interpretations that continue to inflect the way I play, love, and listen to classical music.

The great lore surrounding Paganini, of course, is that he sold his soul to the Devil in order to play so damned well. An illustration from the late 1820s, by the Viennese artist Johann Peter Lyser, shows him fiddling and stamping inside a runic circle, surrounded by a dancing host of shadows dead and undead, his flashing eyes and floating hair befitting the demon-lover from Coleridge’s “Kubla Khan.” A critic in the French journal L’Entracte proclaimed him a “Satan onstage, Satan knock-kneed, bandy-legged, double-jointed, twisted. . . . Fall to the knees of Satan and worship him.” In a 2007 article in Current Musicology, the violinist and musicologist Maiko Kawabata—citing L’Entracte, Lyser, and others—compiles a list of monikers by which Paganini was known throughout Europe during his lifetime: sorcerer, charlatan, wizard, der hexensohn, Faustus, Mephistopheles, Satan, Zamiel.

Paganini composed frequently in the form of theme and variation, of which rondos like “La campanella” represent their own more specific form. Variant sections revolve around a fixed theme whose inevitable, eternally approaching return fills the listener with a kind of holy dread. Rondos were, I think, ideal for the buildups of unbearable tension that caused audience members to cry out and occasionally collapse during Paganini’s performances, effects that only fed rumors of his demonic powers. Each successive variation is an opportunity for a more daring, more terrible exhibition of the violinist’s skill than the last, while the recurrent summoning of the theme renders the music simultaneously familiar and strange—incantatory, talismanic, chthonic.

The myth of Paganini survives in a persistent modern fascination with his character, particularly in film and, in the American playwright Don Nigro’s 1995 play Paganini, on the stage. “Variation upon variation,” Nigro’s Paganini cries, “but which variation leads to salvation and which to damnation? Music is a question for which there is no answer.” For sheer cool-headed style, I recommend this 1966 performance of “La campanella” by Ivry Gitlis, one of the towering violinists of the twentieth century, with the Warsaw Philharmonic Orchestra.

It touched me to learn, while researching these notes, that 19th-century Europe had its own version of the Suzuki Method (if not so much in organized practice, then at least in spirit): the philosophy that to teach children music is to nurture them toward becoming virtuous people and moral citizens, toward living well and with love. Inspired by Rousseau’s 1762 treatise Emile, or On Education and its emphasis on both the child’s imagination and his independence—his “best right of all”—a new wave of German philosophers and pedagogues began to argue for the incorporation of music into childhood education, essential to Rousseau’s project of “mak[ing] a loving and feeling being—to perfect reason by sentiment.”

Among those influenced was the composer Robert Schumann, who in 1848 published a collection of children’s pieces entitled Album für die Jugend (Album for the Young). Conceived in part as a birthday present for his eldest daughter, Marie, the album is unique in that the pieces are written not just for children to play, but, as the scholar Lora Deahl notes in an essay for College Music Symposium, “from the perspective of a child” (emphasis mine). The eighth piece in the album, for example—a brief tune, at once playful and somber, entitled “The Wild Horseman”—is riddled with surprising and off-kilter accents meant to mimic the ride, as Deahl puts it, of “a child on a hobbyhorse, knocking recklessly against the legs of chairs and tables.” Schumann, a father of eight, wrote that the Album was of special personal significance to him because its scenes “were taken directly from my family life.”

More than a century and a half later, the pianist Gabriela Montero would riff on “The Wild Horseman”—a piece she first learned as a child—to illustrate how, for her, “improvisation was always just a way to narrate life,” crucial to her development not only as an artist but as a human being. You can listen to Montero’s improvisation on this theme at the Radcliffe Institute here (her performance begins at 15:36). For the original piece (and the complete album), I recommend the Ukrainian pianist Luba Edlina’s 1999 recording.

“My tragedy,” wrote the Finnish composer Jean Sibelius of his early musical ambitions, “was that I wanted to be a celebrated violinist at any price. Since the age of fifteen I played my violin practically from morning to night.” It wasn’t until his mid-twenties, however, a decade after he first began studying the instrument, that Sibelius “had to admit that I had begun my training for the exacting career of a virtuoso too late.” His violin concerto—the only concerto he ever wrote, for any instrument—has thus been widely interpreted as his valediction to a former self. It is a brutal piece, angry, melancholic, unrelenting; wracked with suffering, suffused with tenderness, relieved only occasionally from itself in moments when the fever of its intensity breaks into a dull chordal throb, an ache from beyond. I remember in particular how difficult it is to save enough bow for the long notes in each of the three movements: the strength and restraint required to hold the intensity of the phrase without choking the tone; the locus of tension in the gut, the burning stillness somewhere in the back of the upper right arm.

When I first learned Sibelius’s concerto in high school, for conservatory auditions, I was as frightened by its backstory as I was moved by it. It seemed to me a bad omen, an embodiment of the future I was fighting against, the ghosts of anticipation that moved in my periphery as I played: the double-octave shifts I missed more often than not, the extra noise that, try as I might to silence it, cluttered a difficult bow change in the opening melody.

I didn’t realize until much later, when I was no longer practicing violin in the same way, that the labor that goes into playing the piece—the relentless physical struggle required both to learn and to perform it—is perhaps essential to the music’s emotional power, not to mention its meaning for the generations of violinists who continue to grapple with it. I also think of an anecdote from Erik Tawaststjerna’s 1976 biography of Sibelius, describing his failed audition for the Vienna Philharmonic in 1891, when he was twenty-five years old: “When he got back to his room, Sibelius broke down and wept. Afterwards he sat at the piano and began to practice scales.”

The conflict between Jascha Heifetz’s yearning melodic phrasing and the uncompromising tempi carried forward by the Chicago Symphony Orchestra, in their 1960 collaboration with the iconic violinist, captures this struggle with particular poignance.

Because the chapter itself revolves around both the Chaconne and the larger work to which it belongs, I will focus here, briefly, on a detail of that magnum opus, the six sonatas and partitas for solo violin by Johann Sebastian Bach. The original manuscript is titled, in Italian, as per convention, Sei Solo a Violino senza Basso accompagnato, six solos for violin without bass accompaniment. But there is a mistake in the Italian grammar, one by which Bach himself speaks directly to the performer—in other words, no mistake at all. “Six solos” should be sei soli in Italian, not sei solo, which, translated, means “you are alone.” In German, Bach’s native tongue, its sense is even stronger: sei solo is a command, the singular imperative form of the verb sein, to be. In a score practically devoid of articulations, explicit tempi, and even dynamic markings for the performer to lay a course by, Bach’s singular instruction to both player and listener is, simply, to be alone. His violin sonatas and partitas, perhaps like all of his music, simultaneously remind us of our lonely condition and challenge us to face it, dwell in it, rise to meet it as we are.

I mention in the book that there are as many interpretations of the Chaconne as there are violinists, and every violinist, too, will play and listen to it differently at various stages of their life. Two particular recordings meant more to me during the process of writing Uncommon Measure than any others. One is a historical performance by the violinist Rachel Podger, from her 1999 Bach album, on a gut-stringed, Baroque-style instrument whose shadowy resonance somehow captures the lilt and curve of cathedral walls. The other, a 2010 recording by the young Armenian violinist Sergey Khachatryan, harnesses the full power of a modern violin and bow and bristles with verve and energy, raw and clarion in its cry of rage and sorrow.

Chapter Five “The Still Point of the Turning World”

With the structural rhyme of its alternating A–B–A sections and its dual preoccupation with love and time, tango is to classical music as the sonnet is to English poetry: a highly formal expression of desire, a long tradition with a wistful sense of its past. That profound self-consciousness, both sad and celebratory, finds its most explicit outlet in Astor Piazzolla’s 1986 masterpiece “Histoire du Tango,” whose four interlocking movements trace the evolution of tango music from the brothels of early twentieth-century Buenos Aires to the modern-day concert hall. And yet tango, unlike the traditional sonnet, has always been about far more than courtship. It is Argentina’s “street language,” or cayengue, in the words of the pianist Pablo Ziegler, who performed with Piazzolla’s tango Quintet from 1978 to 1988: “Defying and exhibitionist, the authentic tango expresses mugre (filth) and roña (fight). . . . Piazzolla has very sophisticated compositions, and at the same time, they are mugrosas. Such mugre can be felt, in spite of the intricacy with which those tangos were written or whether the language was contemporary, impressionist or expressionist.”

Indeed, Piazzolla is credited above all other composers with transforming tango into concert music: he almost single-handedly developed the style of nuevo tango, which infuses tango’s traditional forms with the full-bodied warmth of chamber music, the electric shiver of jazz. But Ziegler is right that all of Piazzolla’s works retain a shadow—indeed more than a shadow—of the blood and grittiness that make tango, well, tango. The second movement of “Histoire,” for example—the violet-hued “Café 1930,” whose opening murmur conjures the luminous windows and black cobblestones of a rainy Parisian afternoon—expresses its mugre in the form of brief accelerated passages that, like a temper momentarily lost, lurch toward explosive ardor with an intensity that dissipates as quickly as it blooms.

Originally composed for flute and guitar, “Histoire” is commonly performed by violinists in combination with other instruments, usually guitar, piano, or piano and cello. My favorite recording—for its mugre, roña, beauty, grief—is the 2013 album by the German-Italian violinist Augustin Hadelich and the Spanish guitarist Pablo Sáinz-Villegas. 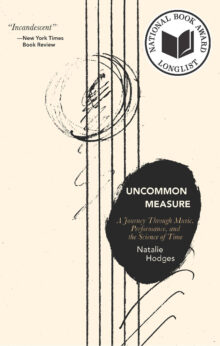