The Best of the Bellevue Literary Review 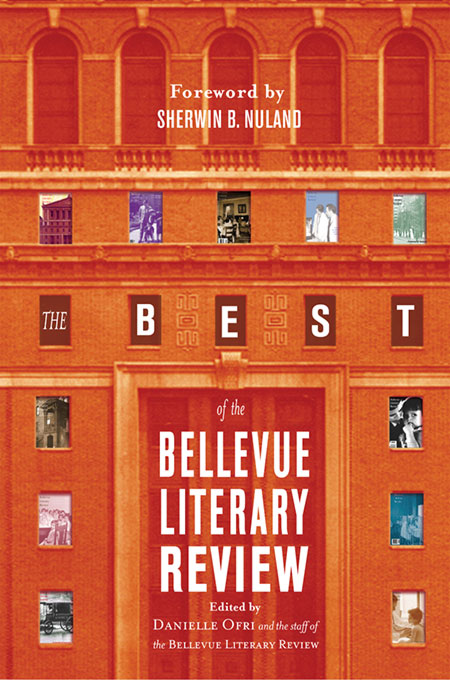 “A kaleidoscope of creativity…unsentimental and sometimes unpredictable.”

“A high quality magazine…one of the few journals that celebrate the creative results of incorporating writing into the practice of medicine.”

“The nation’s most venerable public hospital and physician training ground has turned to literature to help its doctors better understand their patients, and themselves.”

“Part of a national trend in medical education for schools to use literature to teach doctors how to write better and clearer case histories and to emphasize more with patients.”

“Explores the connective tissue between the practice of medicine and literature in a way that is sensitive, surprising, and compassionate.”

Bellevue Literary Review is widely recognized as a rare forum for emerging and celebrated writers—among them Julia Alvarez, Raphael Campo, Rick Moody, and Abraham Verghese—on issues of health and healing. Gathered here are poignant and prizewinning stories, essays, and poems, the voices of patients and those who care for them, which form the journal’s remarkable dialogue on “humanity and the human experience.”

Excerpt from The Best of the Bellevue Literary Review

We are all united in the commonality of effort called healing. Decades ago when the medical model was paternalistic, we were accustomed to hearing only of the relationship between doctor and patient; it stood as though alone, supreme among lesser associations that the sick form with those around them. Perhaps the doctor-patient relationship is still the keystone, or perhaps it is no more critical to recovery than those other interpersonal bonds. Either way, that ancient traditional linkage can today be best seen as part of a context of relationships that is far bigger than has, until recently, been acknowledged. The structure of that bigger context centers around the patient, his or her disease, and the perceptions of it that combine to form the experience unique to each individual. The patient has a story to tell, and so does every other participant in the calculus of healing.

This volume is an anthology of such stories. Whatever else may be its lessons, it teaches us the ways in which we are bound up together in the presence of illness. Every member of the healing surround sees people, problems, and events in ways different from every other member, and tells of them in a different voice. In this book, the rhythms and cadences of the sick and needful merge with the rhythms and cadences of those who would heal them, either with the technology of which they are masters, or the love they bring, or—far more often than might be thought—both.

I say both because, ultimately, the best of healing is expressed in ways that can be recognized as encompassed by the Greek word agape, as used by Paul in chapter 13 of I Corinthians. Translated into Latin as caritas and into English most accurately as “caring love,” agape is recognized by Paul as being even greater than faith or hope. Healing involves all three, “but the greatest of these is caring love.” There are stories of caritas in these pages, but there are also stories of frustration and anger and disappointment. This is because attempts to heal are so much more complex than can be appreciated except by those immersed in them. And too often, even the participants cannot recognize the emotions that whirl their turbulent way through the minds of anyone but themselves. This is not for want of wanting—we certainly all endeavor to find empathy—but for want of being able to see inside minds not our own. The stories in this book guide us toward the paths to understanding.

We write for any, and often several, of a multitude of reasons. Those who heal and those who would be healed—patients, family members, doctors, nurses, medical students, technologists, social workers, everyone—need some way to express what they are feeling. To write about feelings is to bring them forth from some inner place into a form in which they can be seen with perhaps less of the passion of the moment, and with more equanimity. Triumph and tragedy need distance, if their meaning is to become incorporated into the wisdom we hope to gain from the events of our lives. Writing about one’s own or another’s experience of illness is very much like the literary form it often takes, namely poetry, described by Wordsworth as being, “emotion recollected in tranquility.” Yet, some of the finest of both prose and poetry have been created when the writer is not yet tranquil, and still feeling the untamed and amorphous torrent of what is being described. Once on the page, though, it becomes more a thing of substance and shape, more accessible, more governable—and therefore more a thing from which truths can be learned, both by ourselves and our readers.

To write is also to share, so that one is no longer alone with emotions whose meaning can become clarified by the telling. The process of finding words to express the feeling, and then transcribing those words onto a page is something like seeking advice from a wise friend; elucidating a chaotic thought to readers will often elucidate it to ourselves.

Writing gives power to the powerless, and who feels less power than patients and family members do, or medical personnel when their efforts fail, or when they are rejected or undervalued by those meant to be helped? We need to write in order to bring back a semblance of control, to lessen feelings of impotence, and to return to compassion when it has been dispersed by the frustration of defeat or loss of self-esteem. We need to reflect on our deepest values, especially when they are threatened. At such times, the Muse allows us to muse.
In all these ways, writing is a means of healing. Whether we need healing for the wounds caused by the slings and arrows of the illnesses that are our daily portion, or whether what needs rectifying is the pomposity and self-importance into which we so easily slip, the making of literature is a balm. The medical profession has no monopoly on self-centeredness—it is seen in patients and individual family members as well. It is an enemy of caritas, and therefore of healing.

The stories, essays, and poems in the following pages deal with all of this, in a spectrum of styles and voices that reveal the variety of experiences of illness and of the reactions to it. We present it as a gift, to the reader and to ourselves.

“Explores the connective tissue between the practice of medicine and literature in a way that is sensitive, surprising, and compassionate.”

“Part of a national trend in medical education for schools to use literature to teach doctors how to write better and clearer case histories and to emphasize more with patients.”

“The nation’s most venerable public hospital and physician training ground has turned to literature to help its doctors better understand their patients, and themselves.”

“A high quality magazine…one of the few journals that celebrate the creative results of incorporating writing into the practice of medicine.”

“A kaleidoscope of creativity…unsentimental and sometimes unpredictable.” 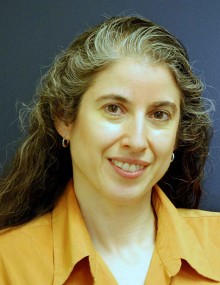 Teacher & Study Guide for The Best of the Bellevue Literary Review